But what does it means to operate along an axis? As you can see from the diagram below, if we’re operating along axis=0, simply visit 1 element at a time along this axis. In this case, we need to find the mean along axis=0, so we use the 3 elements we’ve gathered from visiting along axis=0 and find their mean. 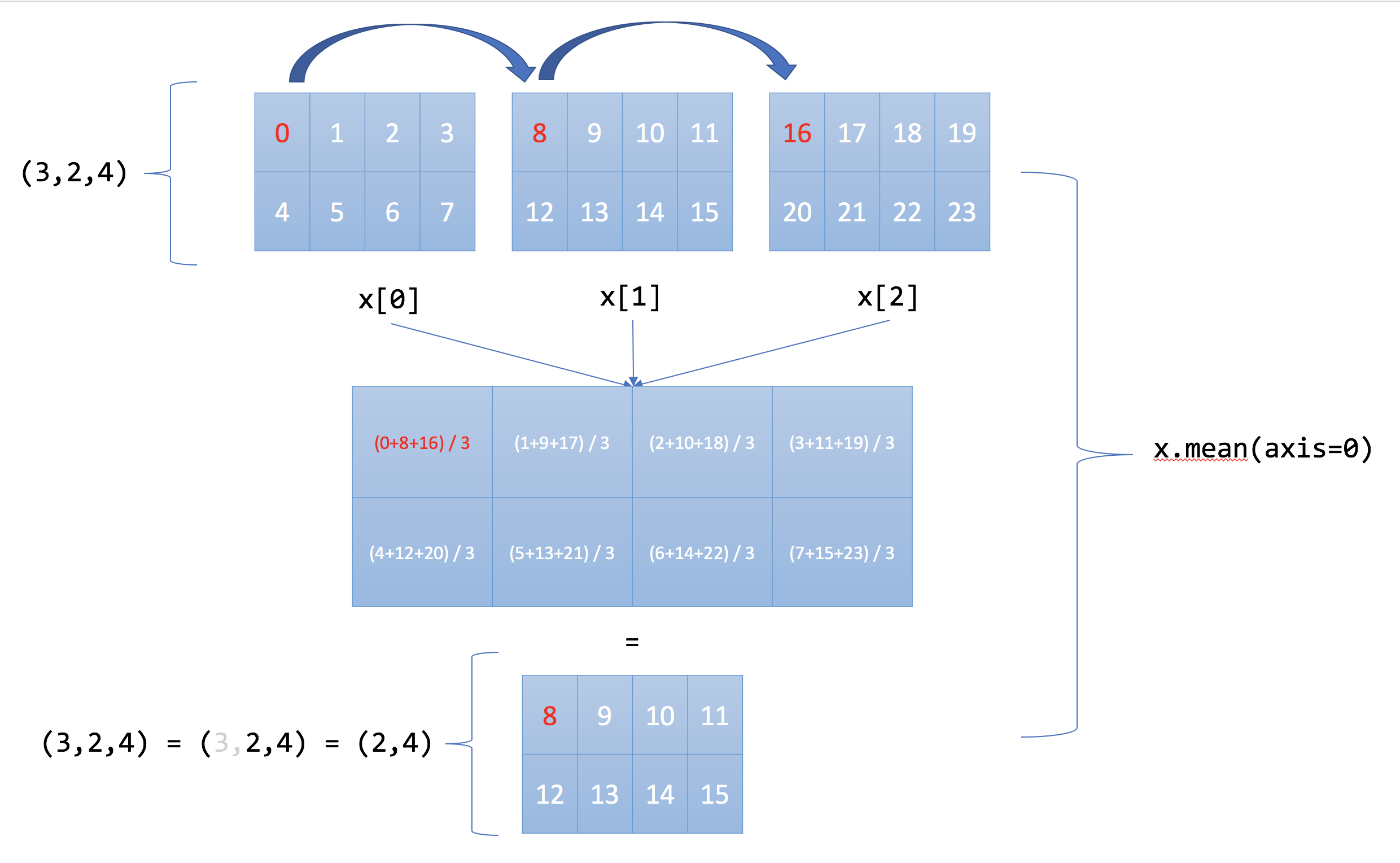 The other way to understand this is if you specify axis=0, you’re telling numpy to make that axis disappear in the resulting numpy array. So if you start out with a (3,2,4) array, you want to get a (2,4) array. To do this, visualize that a (3,2,4) array is the same as three (2,4) arrays. Then combine all three of those (2,4) arrays with the specified operation. In the diagram above, the three arrays are combined to produce a mean.